Last year for Father’s Day I made one kick butt card for the hubbs and knew I had to out do it this year.  So of course I hit up Pinterest!  I found several great ideas but with the air conditioning being out I didn’t have much time to do anything.

First we gave Dad some money.  My middle son had been wanting to get him tools so I thought this was the best way but didn’t want to put cash in a card….how lame is that!  So I went to my local Dollar Tree to browse the isles for ideas and decided to go with a mason jar.

So I put my $20 bill in the jar, added some basket shred, put my top back on, and hot glued a flower (in daddish colors) I made to the seal of the mason jar.  I also added some letters that spelled DAD on the jar.  They came from regular ole alphabet scrapbook paper and I attached them with my tape runner. 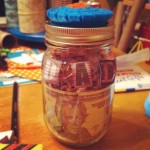 Next I made a document in Photoshop (yah…i was impressed with myself, lol!).  I put questions in that all 3 kids could answer no matter how silly or real it was.  It was real funny seeing the difference in them all. 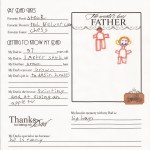 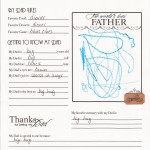 Next up was a shirt i’d seen on Pinterest.  I had my very artistic 19 yr old stepson do all the work.  He decided to draw it with sharpie markers and he incorporated the first letter of each kiddo in the track (D,K,J).  I think he did a FANTASTIC job!  And Dad really loves this shirt!! 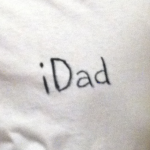 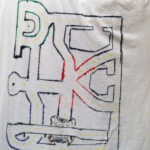 My last project I wanted to make was a handprint gift.  I got a document frame from the Dollar Tree and used scrapbook paper and cardstock I had on hand.  Traced the kiddies hands on scrapbook paper in coordinating blue’s and taped them to my cardstock using my tape gun.  Before I taped them to the cardstock I created a paper in photoshop that said “We ♡ Dad” at the top and at the bottom it had the boys names and the year.  He liked it so much he took it to work with him! 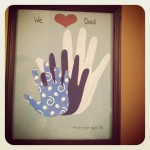 I hope all the Father’s out there had a great Father’s Day…I’m pretty sure ours did!.

Things I’m Thankful for (no it’s not Thanksgiving)

Well as most of you already know my air conditioning went out 1 week ago today.  It’s crazy how something we take for granted can change your life tremendously.  Even if it was just for 1 week.

The temperature here in Texas was heating up.  Most of the time it was out it was in the 90’s.  But for a couple days we hit close to 100 degree’s!!  We had already bought 1 window unit but quickly knew we needed more.  Luckily Aarons rents window units and stand alone units so we got one of each (the cost for them was the cost of buying just one and we only have them for 2 weeks).  When your house isn’t built to use these units it sure can be a PITA!  Furniture had to be moved, curtains had to be pinned, blinds moved, you can’t run the hair dryer/flat iron, iron clothes, or even run the dishwasher/stove/oven/washer/dryer w/out the house heating up even more.  Even the dirty clothes hamper had to be moved so the insulation from the attic wouldn’t fall in it.  The kids had to sleep with their doors open with fans blowing the air from the stand alone unit into their rooms.  Lil note here, my kids do not sleep well with their door open!  It meant late nights and early mornings…..which wasn’t good since I was already moody from no ac.

The company that came out really had their work cut out for them.  They were here every single day but Saturday working on it.  It’s not that they didn’t know what they were doing, they certainly did.  The problem was there was a short in the low voltage thermostat wire (wire from the thermostat to the unit outside).  But before they tracked that down the circuit board was replaced, thermostat was replaced and the transformer was replaced…not just because they were trial and erring…it’s because all that was bad too!

I am definitely thankful for all the electronics that I wasn’t able to run during this time and for the air conditioning that is now cooling the house correctly.

This week we have made HUGE PROGRESS!!!!  The first Saturday of summer we transformed the crib into the toddler bed!  He fell out of it twice (no injuries)…good thing it’s close to the floor.  I just noticed that those eyes behind the crib are kinda creepy, lol! 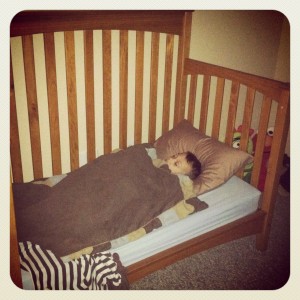 The second night he only fell out once!  Then the ac went out in the house…that’s when I panicked!!  I panicked because he sleeps well in the dark…he can sleep up to 14 hours a night in the right conditions.  And believe me he needs those 14 hours!  So when I couldn’t close the door cause we needed the stand alone ac in the hall to reach his room I knew we could possibly encounter problems.  But I couldn’t give up.  So we closed his door (with fans in his room) and opened them once he was asleep.  He did rise early but it was fine….7am wasn’t as bad as it could have been.  So far it’s been a week and I’m happy to report he is doing GREAT with his big boy bed!  He won’t even get out and roam the house….he stays in bed until we tell him he can get out…it’s so cute and I will let that last as long as possible, lol!!

So for the next big boy step was to get him off the bottle!  With the help of his awesome teachers we successfully got him off of the bottle for water but for some reason I couldn’t convince him to not want the bottle for milk (or dilk as he says, hehe).  So I had this bright idea to mail the bottles to the babies!!  I’ve heard of people doing it for paci’s so I thought we could try  it.  And IT WORKED!!!  Sure he asked for them a couple of times but since I took pictures I’d just pop them up on my phone and show him as a reminder that they went to the babies and he was fine. 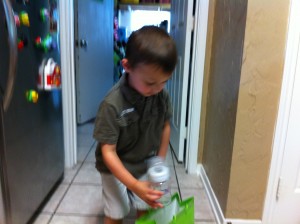 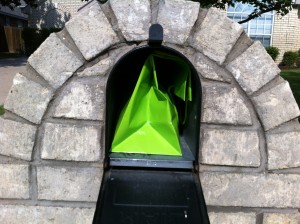 SUCCESS!!!!  Oh and it was ravioli day…had to cover up that white shirt! 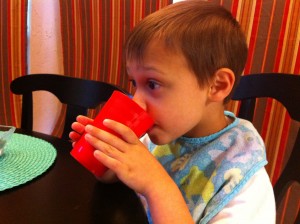 Next up….hardcore potty training!!  I’m good with other kids at this but for some reason mine just don’t want to do it.  But it’s time…he is going to have no choice!.