So now we’re semi settled in Seattle, Wa.  It’s Monday April 22nd and so far things are getting back to normal.  We let the kids have a few days off school but we plan to register them tomorrow.  I think that will help with my 8 yr old’s attitude about moving from his home….Texas.

Even though we’ve only been here 3 days we’ve done a lot!  We’ve driven around just looking at the scenery….OMG it’s beautiful!!!  I’ve never seen such gorgeous flowers!  And the tulips are absolutely beautiful!  It’s my favorite flower and they are so many here.  And for a dozen it’s only $10!!  I just might have to get a vase to have some at our temporary housing, lol!!

So I was worried that we’d forget stuff in our gazillion bags we brought….well we haven’t really forgotten anything we need but a blanket.  I love to cuddle on the couch with it in the evenings so now i’ve got to talk the hubbs into getting a blanket.  We’ve had to go buy a few things to make life easier (stuff that wasn’t really necessary, but we can’t seem to live w/out).  Like a pizza cutter, measuring spoons, laundry baskets…basically stuff I couldn’t pack on the plane but didn’t think I’d miss it so much, lol!!  Luckily there is a Target, Walmart, Big Lots, and  a Dollar Tree so I was able to get stuff pretty cheap.  But you know how they say “Everything’s Bigger in Texas”….yah it’s true!!  Even the kids were like this is a little Walmart, lol!!!

I can’t wait to do more exploring but today we’re staying close to home to help the kids get back into a routine for school and so they’ll stop driving us crazy about wanting to go home….they’re not really the adventurous type, lol!!

Here are some pictures we’ve taken so far!  Jayson showing his “Monkey” the clouds, Kennyth chilling on the iPad, the pets made it, Jayson on the shuttle (he thought it was cool he could stand), all our luggage, lots of scenery, the Ferry (neato!!), weird little house and playhouse we came across, some downtime at the park, and more scenery!  So much and so much more to see and do! 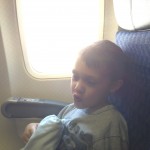 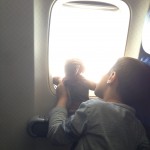 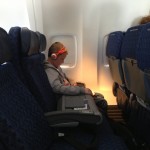 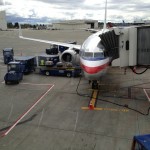 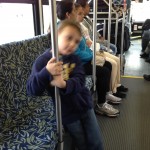 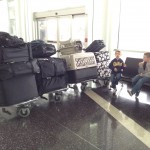 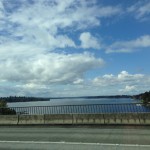 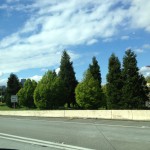 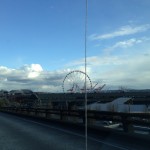 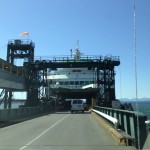 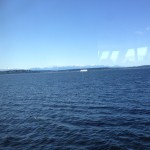 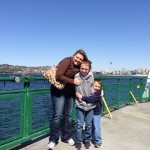 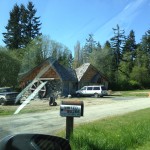 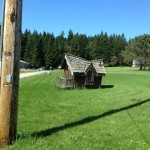 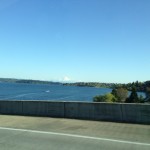 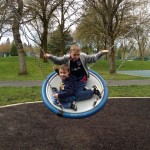 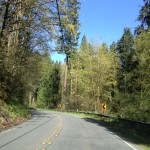 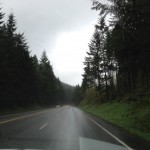 Today is moving day!  We spent last night at a good friends house and shortly after we woke up I got word that the movers were at the house.  That’s when I went “shit just got real”!

I wanted the kids to experience seeing their stuff go on a big 18 wheeler so we rushed through getting ready and boy were they surprised to see it. 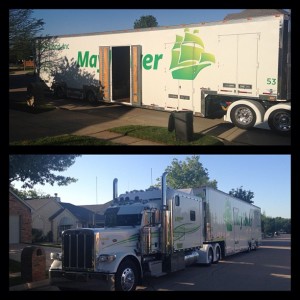 Remember when the trucks were all green with a big yellow stripe down them with Mayflower written on them?!  What a nice logo change, lol!! 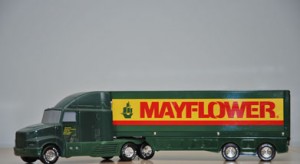 It’s so strange seeing your stuff go in a big ole truck knowing you won’t see it for a month.  You wonder if you got everything you’ll need for that month or not.  You wonder if something will happen to it and it’s goodbye!  It’s just crazy!!

So tomorrow morning April 20th we fly to Seattle!!  With the bombings going on in Boston it does make you worry.  But i’m sure we’ll be fine.

Tears of Joy and Sadness 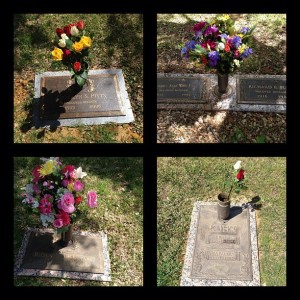 Today I cried tears of joy and sadness.  I made a trip to my home town (only an hour away) to see my second Mom Arlene (close friend of my Mom/family).  When I got to her house and saw her I literally ran out of the car and hugged her so tight and cried cried cried (these were the tears of joy)!!  I hadn’t seen her in 4 years and before that it was 3 years at my Mom’s funeral.  1.5 hours is NOT enough time to catch up with someone you hadn’t seen in 4 years….just incase you were wondering.

When I left her house I went to the cemetery to put some flowers on my Mom’s grave.  I don’t know when I’ll be back to do it again so I wanted to make sure I did it one last time.  I also put a rose on all my family members graves while I was there.  Here is where my tears of sadness came about.

After that I went to the funeral home office to visit my Aunt Mary (she works there).  I hadn’t seen her in a while and every time I go to the cemetery I always check to see if she’s working to give her hugs.

It’s so strange leaving the state you were born in let alone leave the state you’ve lived in for 33 years!  Although I’m ready for it it’s still hard to leave what you’ve known for as long as you’ve been alive.

I will deeply miss my family and friends but I’m so thankful that facebook will keep us connected.  So if your ever in Seattle let me know and we can meet up for lunch or something!.

Yesterday was my son’s 9th birthday party.  We had it a few weeks early so he could enjoy it with his friends since we’ll be in Seattle on his actual birthday.  He had a blast!!  We don’t normally spend as much as we did yesterday on a birthday party but he’d been wanting to go there for years so we finally bit the bullet and did it.  Since the move is next week I’m so glad we opted to pay for everything.  I’m WAY to stressed to be planning and baking.

But i’m starting to feel the sadness for my kiddo.  This is the first year he’s made “real” friends!  He’s already got friends that are all teary that he’s leaving and it’s not even happened yet.  We feel so bad for him yet we know this is the best thing to do for our family.

I know we’ll all look back and know we made the right decision but it’s so hard to leave a life you’ve known for 33 years. 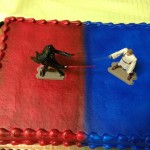 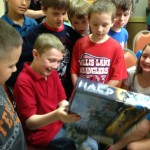 One of his best friends 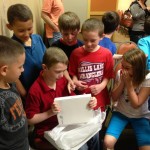 Their faces are awesome! 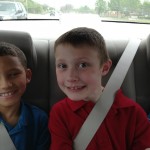 Another one of his best friends.

Organizing for the move, Day 2

So it’s feeling more real every day.  I’ve now picked out company housing online, met with the movers, and notified the kids schools that the 19th of April will be their last day.

We also decided how we will get to Seattle.  We wanted to drive but in the end we decided to fly.  Although it makes things easier it also means all the cleaning supplies, pantry foods, and any additional items I wanted to bring with us now can’t go.  Our things will be in storage for up to a month so unless it’s a sealed never been opened food package it’s not a good idea to store.  The movers told me yesterday that spray paint and most cleaning supplies can not go with us.  So yah, that’s kinda where it’s gonna hit the pocket book.

We’re hoping to be out of here by the 20th and my 8 yr olds birthday is April 30th.  So instead of having a party with friends he doesn’t know we are giving him his party this weekend.  Luckily the only thing I had to do was send the invites and get a cake.  I opted out of doing any party planning this year and he’s very happy.  He’s been wanting a Main Event Party for a couple years now but they’re so expensive it’s been out of the question.  We’re still stretching to get this one done but it’s his last birthday in Texas with his friends…..so yah, we decided it was time.

This weekend we plan on purging some more and getting things organized to be packed.  They won’t insure it if we pack it so we’re going to let them do it all, lol!  But I might pack my underwear drawer….that’s just weird having someone pack it, hahaha!!.