So today was a very odd day!  First off it was the 6 year anniversary of my mom’s passing so this morning started off with tears.  After I took the little one to school the middle kiddo and I headed to the cemetery.  I explained to him that we needed to go put flowers on my Mom’s grave and the first thing he asked was what her favorite flowers were.  She loved yellow roses so I knew we had to find some!  Luckily the Kroger that I go to near the cemetery had a rainbow assortment of roses and the package just so happened to have 3 yellow roses in it.

We arrived and visited all the family that we knew the location of….so much sadness. 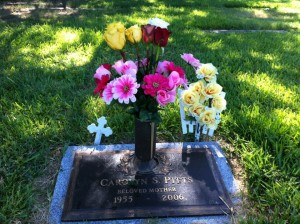 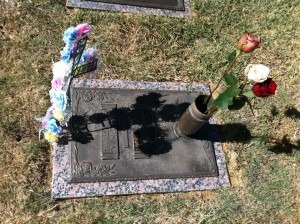 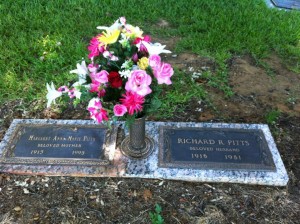 After we put a rose on all the family plots we went to the actual funeral home to visit my Aunt Mary…..she works there.  It was such a nice quick visit…..I can’t wait to spend more time with her.  We’re just all so busy….that’s the downside to growing up I guess.

Now to the strange part of my day.  On March 19th I heard there was a food park coming to the city I live in.  Which I thought was AWESOME and couldn’t wait!  I followed the Keller Food Park on twitter constantly awaiting the date.  It was finally announced that we’d see it in July 2012.  I couldn’t wait!  So as soon as July hit I started asking when when when!  Then last night I heard the city council voted against the food park 4-3!!  I was devastated.  I know that sounds stupid but I really was devastated.  So I did the only thing I knew I could do….I spread the word to everyone I know about a food truck that just so happened to be coming to Keller the next day.  I literally spent most of my day reading, tweeting, retweeting, and researching…..then the time came.  It was 5pm and So-Cal Tacos was in Keller!!  I loaded up the kids and met my husband there for dinner.  He grabbed the kids a pizza from CiCi’s and we ate THE BEST Taco’s EVER!!!!  We like to travel for our family time, lol.

I got to meet one of the Keller City Councilman John Hoffmann tonight along with the Keller Food Park owner Trey, and Scott the So-Cal Tacos owner.  I felt like a mini celebrity….John and Trey knew exactly who I was just because of Facebook and Twitter.

Here’s the owner of So-Cal Tacos (Scott), his truck (Woody), and a glimpse of his wonderful food (Delmar Tacos (chicken) and Sopapilla Fries (honey and chocolate)!

So after a super busy day I get home and I have boxes on my doorstep!!  Some towels and rugs for the boys bathroom and the best thing to end my day.  My Keurig!!!  So now I’m off to clean it up and wash some towels.

It was a strangely good day!  Miss my momma but glad I kinda kept my mind away from the sadness a little.. 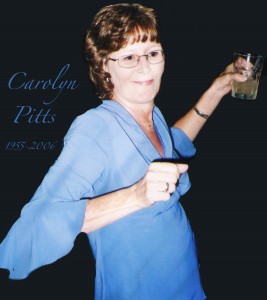 A few days from now it will be the 6th anniversary of my mom’s passing.  She was 50 years young and the best mom/friend anyone could ask for.  Six years ago I was 26 yrs old, married, had a 13 yr old stepson and a 2 yr old son.  The day before my mom passed (July 18th) I remember getting a call from my uncle telling me I needed to get to the hospital right away that they’d been there for a while and wondered where I was (the hospital did NOT call me like they were suppose to so I had no idea it was “time”).  I left work immediately and made sure my husband could get off work early and get the little one from daycare along with all the other things that needed to be taken care of that night.

I get to the hospital and the entire family is there…..except for my brother and those that lived far (not many).  So obviously the time was coming.  My brother arrived that evening and he and I sat there for hours.  About midnight I decided to go home and get some rest.  I’d been up at the hospital just about every day so I was exhausted.  Since we didn’t know how soon she’d pass I wouldn’t go up there until around 8 so I could put the little on in bed.

The next morning (July 19th) I get up early and send the little one off to daycare with his daddy and I call the hospital to check on my mom.  My brother answered so we chatted for a minute and I told him I’d get some work done, shower, and be there within 2-3 hours.  I hung the phone up and as soon as I went to put it on my desk it rang….it was my brother.  He was screaming where are you!?!?!?!  Where are you!?!?!?!  I said I just told you….then it hit me…she was gone!!!  My mom was no longer with us.  I literally flew to the hospital….my younger brother was there all alone!!  I called the family friend and told her to get there asap since she lived and worked so close.

I arrived at the hospital in like 15 min…usually a 30-40 min drive.  I don’t speed but that day I did….alot.  And for some reason there was no traffic…it was like I said earlier…like I literally flew!  I parked the car and ran so fast to my brother and we just hugged.  I was finally able to go in and see her…that was so hard!

She passed away from lung cancer.  We all knew the day was coming so it wasn’t a surprise but it still hurts just as much.  That was her second time to have lung cancer too.  The first time I was 16/17 yrs old and she had surgery to have the lower left lobe of her left lung removed….she recovered wonderfully but kept smoking.  So we weren’t surprised it came back but not much you can do about that.

My Mom was definitely the BEST Mom you could ask for.  She never got to meet Jayson….but I know she’s there with him…he was born 1 day before her birthday….so they’ll always share their birthday!

Here are some of my favorite pics of my mom…I hope you enjoy. 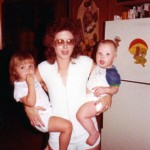 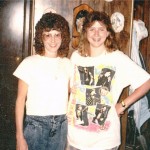 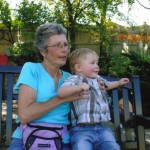 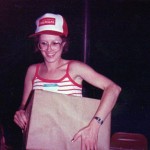 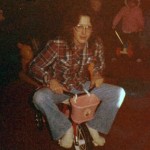 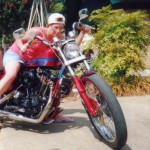 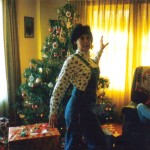 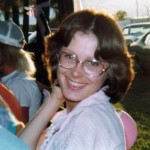 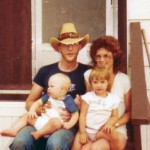 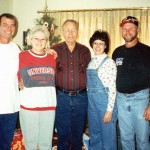 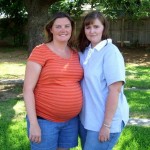 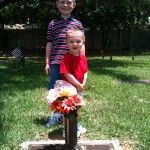 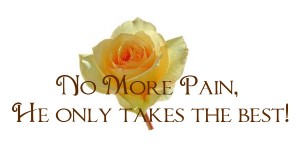 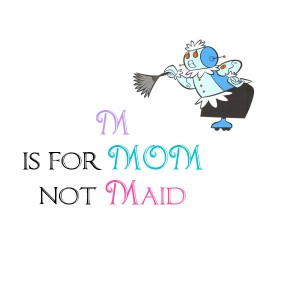 Some of you know that I’m a clean freak and very organized and if you didn’t you know now, hehe!  If I’m not organized or do not have a plan I seriously can not function.  That’s just how I was raised….I definitely followed my momma in that department.

So…there are a few rules I have about laundry.  And I’d like to share them with you all.

2) If it’s inside out you get it back…on your floor.  I don’t have time to fix the clothes.

The main reason I have these rules is because there are 5 people in the house.  Most of the time I do laundry Wednesday’s and Sunday’s if I checked pockets it’d take me forever.  Same thing with turning clothes right side out.

Not only does this benefit me it helps the kids gain responsibility.  If they treasure what’s in their pockets they’ll check them.

Something else you should know….I’ve NEVER lost a sock.  I may have freaked out not being able to find one a time or two….but I found it in the end. 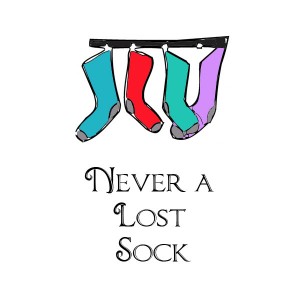