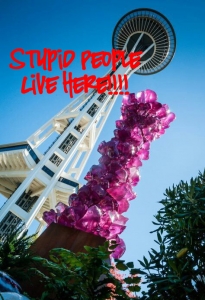 There I said it!!!  The amount of stupid people here amaze me more and more every day!!!  I’m really not kidding.

The drivers are my main complaint.  Not a day goes by that someone doesn’t nearly hit me or someone near me.  Even in parking lots people back out of their spot at the same time thinking the other will give up and let them go.  In the end they both drive forward and do it all over again.

And just because pedestrians have the right of way pedestrians still need to look for cars.  Sometimes us drivers don’t see you running/walking/strolling along then BAM…your in the street running and we’re doing 30-40 mph and YOU expect us to stop on a dime!

The non friendliness is so irritating.  The only people that are friendly are not from here.  And you’ll know who they are cause they’ll be the ones talking to you!

I look so forward to moving back to Texas.  My trip there in 2.5 weeks is going to be so nice…I’m definitely not going to want to leave!!!

How we talked about SEX with our 10 year old

So it was time to have the talk with our middle son.  My husband had the talk with my stepson when he was 8 and I really felt we waited too long with our middle son (he’ll be 10 in 1 week!).  So I found a book at our public library that I thought would be good.  Well it wasn’t.  It was FANTASTIC!!!  It was a real quick read so I knew it wouldn’t be too much or not enough for our son.  We had our son read it then we discussed it.  We went page by page and asked him questions to see what he knew and answered questions.  I was really surprised at some of his guesses. Some were right on and some were well wow….way off.

If your looking to discuss sex with your kiddo whether you have a boy or a girl I believe this book is a great place to start.  I was really nervous and it went so well having something there in front of the both of you with the terms and pictures you needed to discuss it without looking like a goob.  And it’s so much better when you have confidence in front of your child.  If gives them the confidence to talk with you and not be nervous.

So it’s been almost a year that I left my home state.  I’ve complained about many things…ok, well mostly the lack of good food here in Seattle.  So I thought i’d take a moment and talk about the good.

The scenery….OMG the scenery is fantastic.  I’ve spent all my life in Texas and all you see is oak trees and dead grass.  Here you see super tall evergreen trees, green grass, mountains and snow!!!!  Well the snow is a little drive away from home but still….real friggin snow, not ice!!

I’m heading back to Texas in May and there are 3 things we talk about.  1) It’s going to look so dull and flat to us.  2) Where are we going to eat first.  3) Lastly, man is it going to be hot!  And we question how much we’ll hate drivers back home because they really suck here.  We thought it was bad in Texas….maybe we just miss it a little.

This winter we’ve stayed home more than I would have ever stayed home if we were in Texas.  We’re still not totally use to the rain but we’ve got the rain gear we need now so we’re surviving.  But overall it doesn’t rain as much as we thought it would.  We came here expecting the absolute worst.  Just about every week we have a sunny day or 2 and it doesn’t rain all day like we thought it would.  Sure it’s cloudy and it rained in the morning and not the afternoon or vice verse.  Last week we had a storm come through so we had heavy rain but there were still breaks in the rain throughout the day.

So….so far we’ve been to the Pike Place Market a few times and I love it!  Lots of little unique shops to visit, sights to see, and plenty of coffee to drink.  We’ve took the ferry from Seattle to Bainbridge Island and that was neat!  We’d never been on one before.  If you ever have time to go definitely put that on your to do list.  The Seattle Aquarium is about as pretty normal as an aquarium gets.  We got the membership thinking with the rain coming (cause everyone kept warning us) we thought it’d be a good place to spend weekends when we’re stir crazy.  Well……I don’t suggest buying the membership.  We’ve been twice and that’s only because we bought the membership.  Once you’ve seen it it’s kinda over.  I wish we’d have gotten the zoo membership.  We’ve been to the Woodland Park Zoo and that was cool!!!  There weren’t as many animals as we’re use to in Texas but it’s like hiking in the woods but your in the city.  If you go before many dry days (a few weeks of summer under your belt) I’d wear shoes that can accommodate mud.  Not all of the path’s are paved like you’d think.  We’ve also been to the Pacific Science Center and we can’t wait to go back!  I’m hoping to go again this coming weekend.  We got the membership and it’s definitely worth it!

Now for the fun near Seattle but not in the dirct city of Seattl.  We’ve driven around Mount Rainier and driven through the mountains that lead up to the big white mountain and gosh is that a beautiful drive!  I want to go w/out the kids or I suppose when they get older I’d love to go again.  They just don’t appreciate it like we do.  But seeing the hidden waterfalls, ravine’s, and the neat curvy roads will take your breath away.  We love going to Auburn to shop at their SuperMall.  When we mention it people look us like we’re insane but when you come from an area that has an abundance of shopping and you find that similar shopping spot in a new area you tend to just go.  It feels normal to us.  There is even a big super Walmart there….which is rare here!  I would have never thought they would be so rare here but they are!  We recently went to a snow park.  Yup….never heard of those before moving here!  You’d think you could just go play in the snow and go home but they have actual parks here.  At first I was like really you have to pay?!  But when you think of why it makes sense.  Number 1 reason is safety!  They make sure it’s safe to play there.  They set off controlled avalanches and when you hear that it’s like oh….yah, wouldn’t want to be caught in a surprise avalanche if I can help it. Number 2 reason…..heated bathrooms!!!!  That’s a big deal when you have to pee man!!  I’d never sledded or ski’d in my life….had no idea how that was going to be.  OMG OMG OMG that was the most freaking fun I’ve ever had…seriously!  I want to go again soon.  I might be the only one but I could totally be a professional sledder….is that even real, lol!!  Another beautiful place to go is the Tulip Festival that’s held every spring.  We went there very soon after arriving here and I hope to go again this year.  Although the kids will not give a care in the world about it.  One of the best zoo’s I’ve ever been to is in Tacoma.  It’s just a short drive but totally worth it.  Point Defiance Zoo & Aquarium is yes a zoo and an aquarium….the aquarium alone is freaking awesome!!!  I had so much fun and can’t wait to go there again!!

I’m sure i’m missing something but there are definitely up sides to living here. 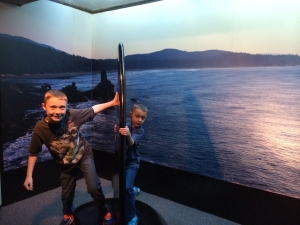 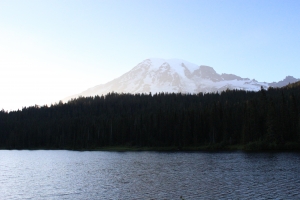 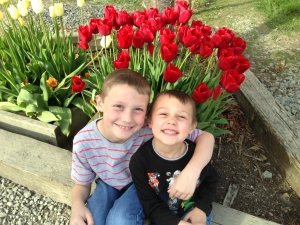 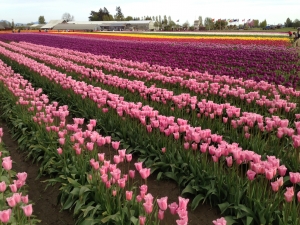 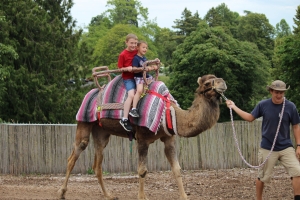 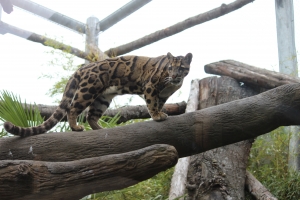