My Journey. Being over weight has got to end.

So after being on a certain diet “skake” for almost 2 weeks I decided it was time to really talk about it. I’ll tell you what it is in a moment but if you follow me on Instagram then you already know what journey I started.

So a little back story.  I’m 35, 2 kids, 1 miscarriage & 1 stepson.  I’ve always been skinny but when I had my 2nd child I wasn’t able to loose the weight.  We had a lot going on so that made it real hard.  Hubbs got laid off and I lost my job because people came to work with the flu and I got it while pregnant and I got very sick from it. I needed to work so once I felt better-ish I decided working in daycare was my way to go.  I loved working with kids and have a background in childcare (as well as an office background) so I decided to work in daycare.  It paid half my kids tuition and I brought home just enough to pay for groceries.  When my son was 3 months old he got very sick with bronchitis (cause the heat didn’t work in our house) and had to be on a breathing machine at home for a few weeks.  Which made me lose my job.  So we decided at that time I’d stay home.  Hubbs was doing free lance work and it just wasn’t making ends meet.  We were paying an obscene amount of child support and the state doesn’t give a crap about someone being laid off.  So then all of a sudden we get a phone call from my stepson that warrants an immediate move into our home.  He was 16 at the time.  Then we lost our rent house…yep, hard truth right there.  We had no where to go but to my Dad’s house…so we did for a month.  Put our stuff in storage and sucked it up.  Hubbs finally got a steady job, we move out, I start selling Pampered Chef (again) and life is good.  We started to notice that Jayson (the baby) wasn’t thriving but figured it’s a phase and we moved on.  At the same time my in-laws move in with us because well they lost their jobs.  It was a bad job time in 2009 in Texas.  Well I pissed them off fairly quickly with my cleaning rituals and they moved out.  With the extra people in the house, no child support or inlaws helping we quickly lost that house too.  So we find a house we could rent which happened to be a hell of a lot nicer too and we go for it.  While living there I was really convinced that Jayson needed the social interaction.  So we set up playdates, went to parks, did more than just staying home.  He still wanted nothing to do with toys or other people.

At this time I decide to go back to work….in daycare again.  During the training that this particular daycare had you take I came across ECI (Early Childhood Intervention) documentation.  I was reading some of the milestones that kids should have at certain ages and was like OMG I wonder if Jayson is developmentally delayed.  A few months go by and I decide that it was time to contact ECI.  They came to my house and evaluated him.  They evaluated him at daycare.  We came to the conclusion that he was on the Spectrum for Autism.  He was approved for the program and we started therapy right away.  I also quit my job to help him thrive.  He was 2.5 years old.  I wish I had done that sooner because at 3 years old he was no longer allowed to be in the program.  So he moved into the school district pre-school classes.  WOW!!!!  That’s where the change came.  He started feeding himself, trying new foods, talking more, playing with toys the right way and more!

So during all this time I was stuck in the house with the kiddo that had meltdowns, feeding issues, not playing correctly. I’d given up on me.  It wasn’t on purpose.  By the time playing was over and kids were in bed all I wanted to do was relax with the hubbs.  In Texas my allergies were so bad that being outside all the time just isn’t an option for me.  And in the summer time being outside if your not at a pool is extremely miserable.  And being on a one income family after a ton of hard times is not easy on the pocket book.

So fast forward 6.5 years and that’s where I’m at now.  Over weight.  Why?!  Honestly because I like snacking rather than eating.  And my addiciton for coca cola and red bull is like someone that has a major drug addiction.  I was up to 8 cokes a day and 1 red bull…sometimes 2…that’s it.  No water…nothing.  And with my allergies, lack of $, and being worn out from my kiddo really does a lot to the body.

So now we’re in Washington.  My allergies aren’t that bad here.  But it rains.  Not as much as you’d think but it does.  And growing up and living in Texas for 33 years of your life your kinda not use to being outside in the rain.  But we’ve almost gotten use to it.  I still can’t do rain and mud…so if being outside in the rain doesn’t involve concrete you can count us out!!

But we’ve been out and about more since we moved here.  We like exploring our area a lot.  So my activity level is higher…but only on the weekends.  Why only the weekends you ask?  Well during the week the boys are at school.  I’m not use to being home solo during the day but me going to work is still out of the question.  So I’m doing my home business stuff and starting another chapter in that business too.  I’m slowly starting to grow.

I spend a lot of time on social media.  Like….a lot!!!  I saw a friend selling Thrive and asked her what it was.  She sent me a 3 day sample.  First day was ok.  I had to choke the nasty shake down but my energy level was outta this world!   I thought…I can do this.  Second day…didn’t feel the energy and the patch made my arm break out like crazy…it was burning and everything.  Third day….couldn’t choke the shake down but I put the patch on and the same thing…along with me hitting the bathroom like a thousand times.  I realized I can’t do it.

I’d tried Plexus Slim in the past and that was HORRIBLE!!!  If you can drink Crystal Light then you can probably do that.  But I could not.  It was soooooooo sweet it made me sick.

So one evening 2.5 weeks ago I was in an app on my phone called VarageSale.  I see this person selling this stuff called Shakeology.  She was selling a 7 day supply for $35.  Not too much money and I think that’s a great way to try it.  I’d already heard of it but didn’t know anything about it.  Before we moved to Washington I started following someone on Instagram that used the stuff and her transformation was amazing!  But I still didn’t read about her story.

Seeing this lady selling 7 day sample packs made me go read this other lady’s blog about it.  She started out slow.  She drank the Shakeology and her cravings for sweets and bad food disappeared.  She was loosing weight.  So much that she gained energy.  Energy to exercise.  She started exercising with the program you can get from Shakeology.  Her weight loss was amazing!!  So I tell the hubbs I want to try this stuff.  Payday comes and I buy the sample pack.  I get all chocolate from her.  I’m not a chocolate person so I was already skeptical about doing this but I know I wouldn’t like the vanilla or strawberry so I went with it.

Day 1) I got home that day from getting it and I throw a packet, ice and water in my blender.  BLECH!!!  It’s so chocolatey I’m not sure I can do this.  It’s got that bitter chocolate taste that I hate.  I tell this lady and she tells me to try one of the recipes.  She also tells me that the vanilla might be the way to go because you can pretty much flavor it any way you want.

Day 2) So the next day I add in frozen strawberries.  Pretty darn good…next time I’ll add more strawberries in.

Day 3) I decide to meet up with her for a chocolate/vanilla exchange.  By the time I got home from errands it was so late I didn’t want try one that day.

Day 4) I try a vanilla and frozen peaches.  OMG YUMMM!!!  Only thing is I wish i’d have added more peaches.

Day 5) I finally talk the hubbs into trying one.  He had a chocolate and I added almond milk, banana and peanut butter (natural/organic btw).  He says he can taste the super foods and wasn’t all that thrilled about it.  So when I was making his I thought I’ll try the same mix.  OMG that was so friggin good to me I wanted a lot of it!!!

I finally get my order in.  I went basically a week w/out it.  During my time w/out it I had one red bull.  My son was having surgery at 6am so I had to be up super early and I was tired tired.  The first thing I noticed is my face turned red and stayed red and I was hot all day from it.  Hmmmm, wonder why I’m hot all the friggin time…..my daily red bull habit!!!  So after that day I kicked it.  It made me feel like crap.  And I wanted nothing to do with it!

I’ve been drinking Shakeology for a week and a half again and I can not express to you how good I feel.  Well…I can tell you but believing it will be hard as it’s really shocking to me how great I actually do feel.  The first few days kicking cokes were hard.  I’m still at 2-3 a day (mostly 2) but I only drink them when I eat.  Because that’s when it tastes good to me.  If I have 3 a day it’s because the headache of coming off 6-8 a day is killing me so much that I have to drink it.  Or I’m a raging bitch.

In the 2.5 weeks I’ve been drinking Shakeology here’s what I’ve noticed.  I’ve lost 7 pounds!  I’m not as bloated!  I’m not taking my heartburn pills….cause I don’t need them!  I’m sleeping better at night!  I’m actually feeling like a normal person!  I’m kicking coke!  I’ve already kicked red bull!  I don’t want candy at all!!  I even tried eating my favorite candy bar (Butterfinger)…couldn’t do it!  I actually thought it tasted gross!  I’m still hooked on Jersey Mike’s but I tried my favorite sandwich as a sub in a tub and loved it!!  So for now I’ll still eat the places I like just try to make better choices.

I plan on continuing this journey.  I also plan on becoming a Coach with Shakeology.  Which means you’ll able to purchase from me.  In becoming a coach I’ll receive a workout dvd (which you can also buy if you don’t want to be a coach).  And with my energy and time during the day I’ll be able to do it.  So watch out…..I plan on becoming my skinny self again!

Once I feel a little more comfortable with my self I’ll also post pictures of my journey.  It was hard as hell talking about it now so pictures will have to come later.  😀 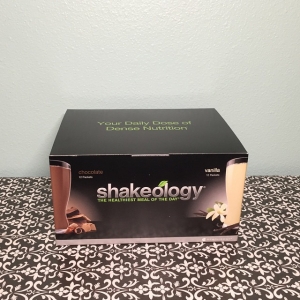 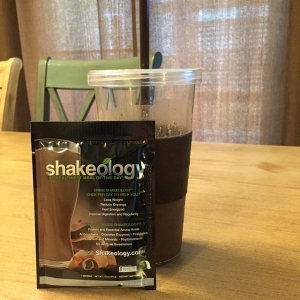