So school is out and summer is here!  We definitely know that summer is here in this house….our air conditioning has been out for a week!!!  Luckily for most of the week it’s been out we had a little rain that cooled the temperature off a bit. So mostly we’ve been in the low 80’s but we’re quickly climbing back into the mid 90’s!  We do have 2 window ac units and a stand alone unit that we’ve hooked up so the living room and bedrooms are cool at night and tolerable during the day.

Here is a pic of a generic popsicle invitation.  I created the invite in photoshop (just learning how to use it).  Anyway, I used a popsicle coloring page template, added my text, hot glued a popsicle stick on the back and used a 1.5 inch scallop craft punch to make the bite look.  For my real invitations I used some super cute cardstock from Michaels.  It was a pale yellow, seafoam green, and a blue…they had embossed polka dots on them too.  But this was my test paper…paper I already had at home that I just don’t use. 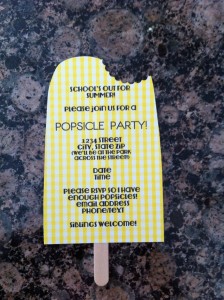 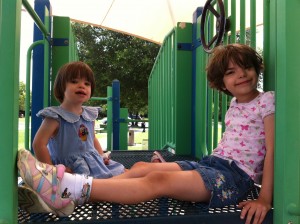 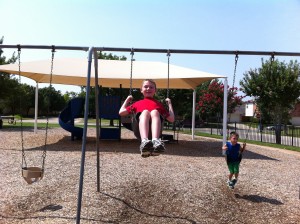 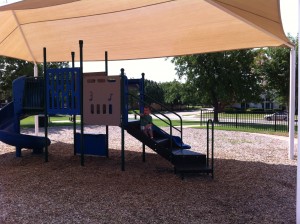 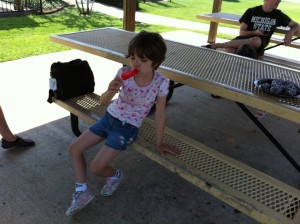 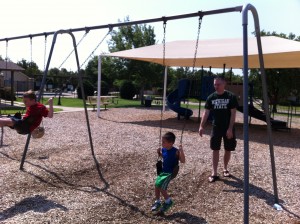 And this is my middle son’s popsicle party! 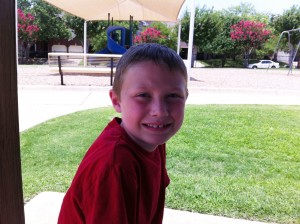 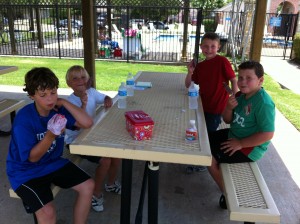 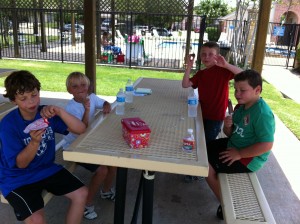 Overall everyone had tons of fun!  I loved the smiles on my boys faces!